A friend who attended one of the Grateful Dead’s Fare Thee Well concerts in late June came back with a fashion report. No, it wasn’t about tie-dyed peasant skirts or blinged-out Birkenstocks. It was about this T-shirt: 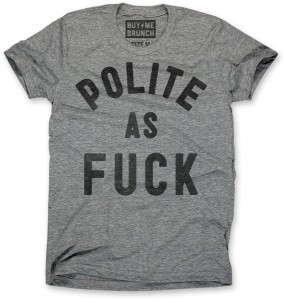 “Polite as fuck” tee from Buy Me Brunch.

Or maybe this one. (My friend didn’t pause in her revels to gather photographic evidence.)

Cursive does seem well suited to the message. T-shirt from Amazon.

The sassy oxymoron—civility meets vulgarity—is what tickled my friend (and me). I hadn’t seen anything like it — but then again, I hadn’t yet made an effort. As it happens, the “X as fuck” construction is highly commercial. 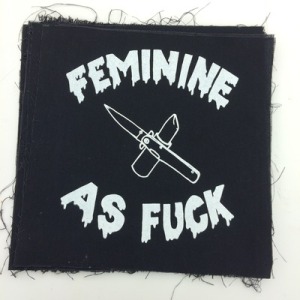 You can make an as fuck political statement about body image while you take a selfie:

“Chubby and pretty as fuck.” (iPhone case via Amazon.)

In The F Word, Jesse Sheidlower defines “X as fuck” as “a standard of comparison”: “sure as fuck” (his earliest citation, from 1978) is (paradoxically, sadly) several degrees stronger than “sure as shooting” (mid-19th century), which replaced “sure as a gun” (1600s). The earliest Urban Dictionary definition for “as fuck,” dated February 25, 2004, is oddly parochial: “Phrase commonly used by silly Welsh people who have limited vocabulary.” A much longer and more earnest, or pseudo-earnest, definition was posted on July 15, 2004:

An expression that can be added to almost any adjective to give emphasis. It generally means, “Extremely” or “To the utmost degree.” This expression is very flexible (you might say it’s flexible as fuck?), as you can use it to modify essentially any description, good, bad or other.

The author, whose handle is a random alphabetic string, spent some time pondering the meaning of fuck in as fuck, concluding that “the word fuck, in this context, has no meaning at all, and is likely just used for emphasis, as it is a curse word.”

There are, to be sure, subcategories of as fuck:

The musical as fuck. Especially popular among rap artists.

The bro/stoner as fuck. As seen on Reddit and elsewhere.

The texter’s as fuck. Aka af or asf. 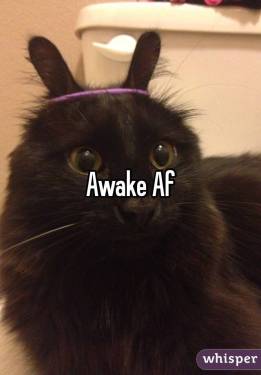 The abbreviation af has been showing up regularly in digital communications for a number of years. When Jacob Eisenstein et al., of Carnegie Mellon University’s Department of Computer Science, presented their findings about “geographic lexical variation” at the 2011 meeting of the Linguistic Society of America, they noted that af usage was clustered in Los Angeles and Atlanta. A CMU press release summarized:

While many of us might complain in tweets of being “very” tired, people in northern California tend to be “hella” tired, New Yorkers “deadass” tired and Angelenos are simply tired “af.”

More recently, Jack Grieve, a linguist at Aston University in Birmingham, UK, analyzed nearly a billion American tweets and ranked the abbreviation asf (“as fuck”) tenth on a list of top ten “rising words of 2014.” (The #1 word was fuckboy. Grieve’s full report, presented at the 2015 meeting of the American Dialect Society, is here; for more on Grieve’s work on regional swearing preferences, see Stan Carey’s post.)

One note about an almost–as fuck. “Queer as Folk,” Russell T. Davies’s 1999 British TV series about gay life in Manchester–an American-Canadian remake aired from 2000 to 2005 under the same title–took its name from a saying common in Northern England: “There’s nowt so queer as folk” (“There’s nothing as strange as people”). The title was Davies’s choice, but according to the Wikipedia summary of his commentary on the 2003 DVD of the series, “at the suggestion of Channel 4 executives for a period during its development and pre-production it was known as Queer as Fuck, before it reverted to the former name.”

* Yes, baggy rock. From their clothing style. The things I learn.

19 thoughts on “Sweary as fuck”