Linguist John McWhorter, the new host of the Slate podcast Lexicon Valley, chats with Benjamin K. Bergen about why so many swear words are monosyllabic. (We’ve already preordered Bergen’s new book, What the F: What Swearing Reveals About Our Language, Our Brains, and Ourselves.) 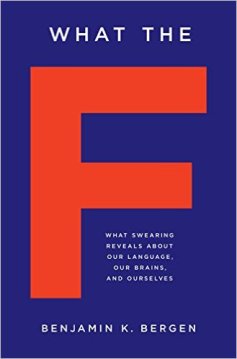 Lorem fucking ipsum: the placeholder text for people who have some fucking passion.

Swearing for new parents: “No-one expects you to just flip a switch and begin saying ‘oops’ instead of ‘cuntsponge’ overnight. Oh heavens, no.” (h/t @lexicoloco)

How the Dreamworks animated film Madagascar snuck in a child-friendly swear.

A Reddit thread on “the best swear words in your language” (includes Polish, Danish, Norwegian, Bosnian, French, and Irish).

Language Log’s Victor Mair on “the most foul imprecations that can be uttered in Sinitic.”

Lynne Murphy on the c-word (UK and US varieties) and mansplaining.

From Melissa Mohr, author of Holy Sh*t: A Brief History of Swearing, an even briefer history of swearing, from Latin obscenities (“in some ways much like our own”) to Irish and Québecois curses, which “draw on the power of God and the Devil.”

On bullshit and Donald Trump.

Getting to the bottom of some crazy-ass language.

grandma: i’m gonna wait in the car go get some ripe ass avocados

When in Los Angeles, we always dine at Millie’s Cafe, whose slogan is “Service with a Fuck You.” 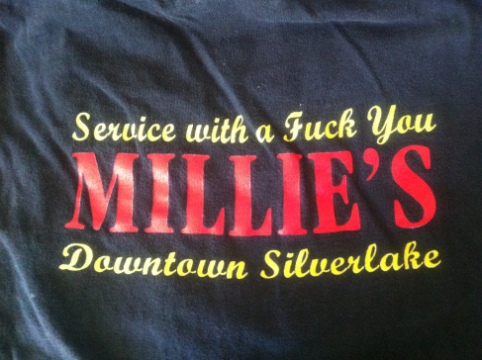