We’re pleased AF to welcome Very Bad Words, a new podcast from radio producer Matt Fidler about “our complex relationship with swearing and forbidden language,” to the sweary community. A new episode, “WTF, FCC?”, explores what’s permitted and what’s verboten on the airwaves. You can follow Very Bad Words on Twitter, too.

Update: You can read Ben Zimmer’s appreciation of the Very Bad Words podcast on Slate.

No sweatsuit or athleisure wear for the professional mixed martial artist and boxer Conor McGregor, no siree. At a press conference hyping his August 26 bout with Floyd Mayweather, McGregor wore a custom suit whose pinstripes were composed of the repeated phrase “FUCK YOU.” According to Esquire, the suit was made for McGregor by David August, an American brand of “timeless made-to-measure clothing for the modern man.” The company’s CEO, David Heil, told Esquire: “I felt weaving this specific phrase into the cloth was the perfect way to bring together the bespoke details of a custom suit and Conor’s personality.”

If bespoke suiting doesn’t befit your budget, you could opt instead for a McGregor-inspired T-shirt or throw pillow, both from Redbubble.

The TARFU Report, a new podcast from political reporters Matt Taibbi and Alex Pareene, takes its name from a World War II–era acronym, which Taibbi and Pareene say stands for “Totally And Royally Fucked Up.” Not quite, says F-word maven Jesse Sheidlower, whose research showed that TAR stands for “Things Are Really.”

Is swearing a sign of a limited vocabulary? Fuck, no, say scientists at Marist College and the Massachusetts College of Liberal Arts.

And the prize for best title for a theoretical paper goes to… pic.twitter.com/sda3rXa06f

Fresh off a successful Kickstarter, Offensive Crayons is taking orders for 24-packs of crayons in colors with “unapologetic” names like “Travel Ban Brown” and “Privilege” (“exclusively for our Caucasian backers”). 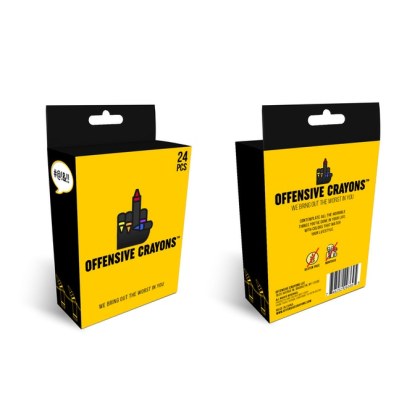 What the f*** is going on: the way every conclusions section should be titled. @Elliott #IPrA2017 pic.twitter.com/ACkxeu2l4x

Australian blogger Constance Hall swears in front of her kids and doesn’t care that they’ve picked up the habit themselves. Shocking, we know.

I need to work out how to connect this to Twitter pic.twitter.com/oxuLID4LAF

Earlier this year, the owner of Britain’s Samuel Smith pub chain instituted a no-profanity rule. You won’t believe what happened next. Actually, you will.

Letter of the decade on Brexit, only in @FT pic.twitter.com/gF0n1Tokay

A concerned citizen sent an email to one of Donald J. Trump’s lawyers. The lawyer fired back five minutes later: “F*ck you.” And then the situation escalated.

New on the Fuse cable channel: The Hollywood Puppet Sh!tshow (yes, that’s how it’s styled), the show to watch “if you want to see your favorite celebrities tell their untold wildest adventures reenacted by marionette puppets.” (More on shitshow here.) 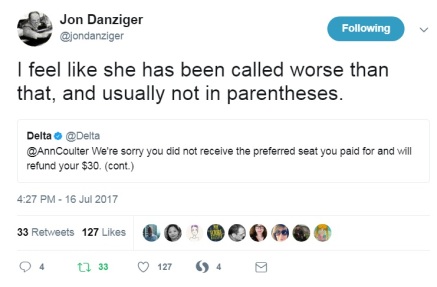