First, a recent and timely controversy over food service-related branding.  Local officials in Keene, New Hampshire were dismayed when signage popped up for a new Vietnamese restaurant, PHO KEENE GREAT.

Last week, the city strongly requested that the owner remove the sign, which it did.  But the city and the restaurant owners plan to negotiate over the name and sign next month.

Just days after the restaurant pulled down its sign, the U.S. Supreme Court agreed to take up a case about whether the First Amendment enables federal registration of the FUCT trademark, imperiling a decades-old statutory ban on registering “scandalous” marks.  If the Pho Keene Great owners end up in a legal battle (you can support them by buying a t-shirt), the First Amendment may well force the city of Keene to back off.

Which brings us to food trucks.

In attempts to stand out in a crowded food service field, some food truck owners have gone for shock value, with mixed results.

New York state refused to grant a permit for the WANDERING DAGO food truck to operate at Empire State Plaza in Albany, opting for moral high ground over hot duck confit sandwiches and cold raspberry cheesecake milkshakes.  A year ago, the Second Circuit Court of Appeals explained to New York that refusing a permit solely based on the applicant’s “ethnic-slur branding” was impermissible viewpoint discrimination.  In doing so, it relied on the 2017 Supreme Court opinion that paved the way for federal registration of the ethnic slur THE SLANTS for a rock band, citing the First Amendment.  Not only was the truck ultimately granted a license to sell its wares, the state had to pay $325,000 in legal fees to the truck owners.

Other edgy food truck owners have not been quite so fortunate.

Officials in Texas in 2014 stopped a food truck named COCK-ASIAN from dishing out its specialty, spicy Korean fried chicken.  A spokesman for Port San Antonio, which had barred the truck, noted that “pornographic images showed up in an image search for the term.”  Looks like the truck made a brief re-appearance, but the vehicle itself is now for sale for $30,000 to anyone who wants to own a piece of offensive food service history.

Philadelphia Asian fusion food truck WHEELY WHEELY GOOD was called out on Twitter by a local councilwoman for allegedly being racist but not formally challenged.

The BUTTZ food truck was allegedly denied a contract with a school in the Houston Independent School District to fork over its juicy pork butt sandwiches because administrators thought the cheeky name was inappropriate for young children. 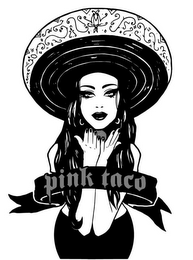 Despite some bumps in the road, the offensive trademark marketplace may be opening wide on food trucks and elsewhere, especially if the Supreme Court welcomes FUCT to the federal trademark register.