It’s wink-wink-nudge-nudge all the way down with these new ads, one circulating in San Francisco, the others in U.S.-wide distribution.

The San Francisco ad, which I spotted on the side of a Muni bus, is for CUESA, the Center for Urban Education about Sustainable Agriculture, which operates several huge farmers’ markets each week in San Francisco and Oakland. The ads are meant to persuade shoppers to embrace less-than-supermarket-perfect fruits and vegetables.

The headline assumes familiarity with Freudian “penis envy,” and the joke becomes more layered if you speak emoji: the eggplant emoji (or aubergine, across the pond) is a generally accepted visual synonym for “penis.”

Apple’s eggplant emoji, via Emojipedia. Like CUESA’s, this is a Japanese eggplant, distinguished from its Italian cousin by its slender proportions.

In January, the American Dialect Society named the eggplant as the most notable emoji of 2015. Its definition: “sexual innuendo.”

Ads for the action comedy Central Intelligence, which opened last month, rely on double meaning to get their point across. 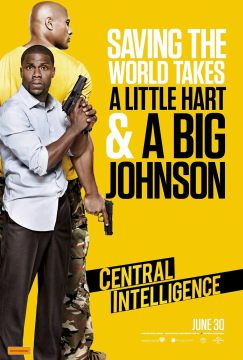 The film stars Kevin Hart, who is 5-feet-4, and Dwayne (The Rock) Johnson, who is 6-feet-5. Thus: little and big. Of course, each name has a secondary meaning, and one version of the ad stresses the salacious entendre. 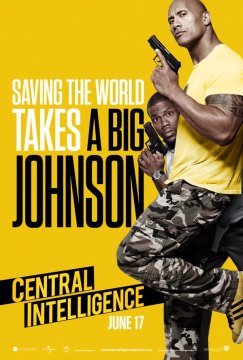 According to the OED, Johnson (also spelled johnson) is “low slang” for “penis”; the euphemism goes back to the mid-19th century and may be related to the British slang term “John Thomas,” which has the same meaning. (The Random House Historical Dictionary of American Slang, published in 1997, says Johnson is now “esp. Black E[nglish].”) The earliest citation in both the OED and RHHDAS is from Dr. Walter Butler Cheadle’s 1863 Journey of a Trip Across Canada, and it’s pretty grim: “Bitterly cold, neck frozen. Face ditto; thighs* ditto; Johnson ditto; & sphincter vesicae [of the urethra] partially paralyzed so that I had great difficult to retain.” Readers will be relieved to know that Dr. Cheadle, a pediatrician from Lancashire who was 27 at that writing, survived another 47 years.

Finally, Ice Age: Collision Course — the fifth and, they promise us, final film in this animated franchise from Twentieth Century Fox —has been teasing its July 22 opening with the family-friendly-ish tagline “Kiss Your Ice Goodbye.” That’s ice as in ass. 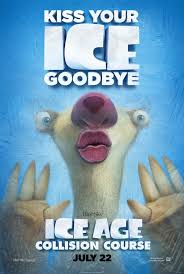