In my work as a name developer I’ve yet to encounter a client who’s amused by riffs on swear words. But not all companies are taboo-averse, as I learned when I began looking into the uses of motherfucker in brand names.

OK, not literal motherfucker. (Not yet, anyway.) But close soundalikes? All over the motherfucking place. It turns out that a bunch of people in charge of brand naming have independently concluded that rhyming bowdlerizations of the mother of all taboo words are novel and distinctive and high-fucking-larious. Sometimes they’re right.

Let’s start with an old (indeed, obsolete) example: Mother Tucker’s Food Experience, a Canadian restaurant chain founded in the 1970s. (The trademark was originally registered in 1975.) The company may, as an old newspaper ad avers, have been named for a real mother, surname Tucker, who lived and cooked on an “early homestead located in the eastern part of the province [Ontario].” Regardless, I have it on good authority* that several generations of customers gleefully contorted the name into “Mother Fucker’s Rude Experience.” Around 2001 the company threw Mother from the train and changed its name to Tucker’s Marketplace.

But Mother Tucker lives on in other corners of the branding universe. There’s a Mother Tucker’s eatery and sports bar in Greensboro, North Carolina; Mother Tucker’s toffee (named for the founder’s great-grandmother, but still); and–my favorite–Mother Tucker “compression garments.”

“Don’t nip it or suck it, simply Mother Tuck-It.”

“Mother Tucker” has also been the name of two network sitcom episodes. One aired during Season 2 of “Modern Family” (it featured Barb Tucker, mother of Cameron); the other aired during Season 5 of “Family Guy” (Peter’s mother gets a divorce and dates Tom Tucker).** 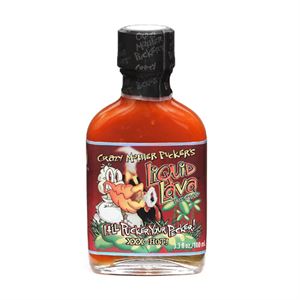 With the Mother Sucker breastfeeding cover–a biblike garment–the mother is literal. And so is the sucker.

There are at least two Mother Truckers: a grocery store in Nevada City, California; and a truck-accessories store in Stanton, California.

A side note: motherchucker is one of the inventive euphemisms created by the writers of the TV series “Gossip Girl” (“Damn that motherchucker!“). At one time, Britney Spears liked to chuck it around, too; perhaps she still does. “Gossip Girl” also popularized fustercluck and basshole.

Motherfucker is “chiefly N. Amer.” in origin, says the OED, whose earliest citation, dated 1918, is from a letter (written by a World War I-era pacifist, perhaps?) to the Journal of American History: “You low-down Mother Fuckers can put a gun in your hands but who is able to take it out?” Most of the other citations are likewise American. But bowdlerized motherfucker has crossed the Atlantic, not only with the aforementioned Sexy Mother Pucker lip plumper but also with Mother Clucker, a London eatery that serves “tea brined, buttermilk soaked, twice battered fried chicken from our converted US Army ambulance currently housed in the Truman Brewery.” Bloody clucking brilliant–especially that tea bit. In related naughty-poultry news, the Mother Clucker at Stanley’s Famous Pit BBQ in Tyler, Texas, was named the state’s best BBQ sandwich by Texas Monthly magazine.

At the other end of the dignity spectrum lies the venerable law firm Morrison & Foerster, founded in San Francisco in 1883 and now maintaining offices all over the world. For decades, employees (and possibly some rival lawyers) have informally shortened the firm’s name to “MoFo”–a partial euphemism for motherfucker that first appeared in print in 1965, in Hunter S. Thompson’s Hell’s Angels. Rather than squawk (or sue), the firm has embraced the nickname. Its website–mofo.com–has an “About MoFo” page, which includes this story:

In the 1970s, when teletype was used to send overseas cables, the firm purposely chose “mofo” as our teletype address. The nickname stuck, and we later decided to use it as our IP address.

In many ways, the MoFo nickname is an affectionate reminder that while we are very serious about our clients’ work, we don’t take ourselves too seriously.

23 thoughts on “So many mother _uckers”