This is a guest post by David Morris, a sub-editor and former English language teacher who holds a master’s degree in applied linguistics. David has written a few posts for Strong Language and writes about language at his blog Never Pure and Rarely Simple.

I stumbled across a website called Shit My Students Write,* on which teachers – it’s not specified what level – anonymously submit examples of their students’ writing. Most are of the type that used to be called “schoolboy howlers”. Sometimes the student’s intention is clear: “Hitler was a facetious dictator.” But I couldn’t figure out what was intended by the student who wrote:

My grandmother, when she was alive, was quite the grammar ho.

END_OF_DOCUMENT_TOKEN_TO_BE_REPLACED

We like ass at Strong Language, and it’s an impressively productive piece of vocabulary. Recently I came across a whole new use of it – new to me, that is – in Jay Dobyns’s undercover-biker memoir No Angel. That use is unass, and it turns out to have more than one meaning.

Here it is in Dobyns’s book:

1. About a hundred miles in, we pulled off at Cordes Junction to gas up. We stopped at a Mobil and unassed. My legs and shoulders were killing me.

END_OF_DOCUMENT_TOKEN_TO_BE_REPLACED

If you ever played the video game Duke Nukem, you might remember his signature catchphrase, “I’ve got balls of steel.” This use of balls features widely in the English lexicon, as in:

So it’s understandable that when you encounter a phrase or idiom with “balls” in it, the cojones are a go-to cognate. But that can lead one astray. Take, for example, “balls to the wall,” meaning to be racing flat-out. This comes to us from aviation, where the throttles are topped with knobs and are pushed fully forward for maximum power.

END_OF_DOCUMENT_TOKEN_TO_BE_REPLACED

Ass shows up a lot on Strong Language. We’ve looked at kick ass and my ass, lick-my-ass and assclowns and asshats, among other-ass things – or other ass-things, if you prefer the xkcd hyphenation. (See Language Log for a lit-ass –ass lit review.)

As a suffix, –ass is used to form ‘generally negative (but increasingly positive too) adjectives and occasionally nouns’, notes Green’s Dictionary of Slang. This Janus nature recurs in slang, as in the contradictory shit vs. the shit. And you can’t spell Janus without anus.

A search for ass on GDoS currently yields 137 results, and the main entry for ass (n.) has 184 subentries, with compounds like ass-bucket (‘unpopular or unimportant person’) and expressions like give up the ass (‘accede to seduction’) and up to one’s ass in alligators (‘in very serious troubles’).

Ass, in short, gets around. It’s a seriously productive-ass piece of vocabulary.

END_OF_DOCUMENT_TOKEN_TO_BE_REPLACED 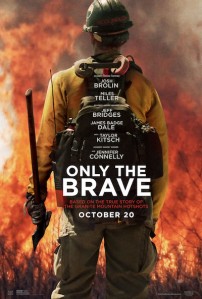 The new movie Only the Brave tells the true story of a group of firefighters who battled a deadly wildfire in Arizona in 2013. In his review in the Village Voice, Bilge Ebiri writes that “much of the dialogue in Ken Nolan and Eric Warren Singer’s script works at that level of earnest, tough-guy poetry, like a fortune cookie you might find in a vat of Skoal dipping tobacco.” One example Ebiri gives of this tough-guy poetry: “I know you guys are looking for sympathy, but the only place you’re gonna find it is in the dictionary, somewhere between ‘shit’ and ‘syphilis.'”

The GQ article on which the movie is based doesn’t have that specific line, though it does quote some other rough-and-tumble language from Brendan McDonough (aka “Donut”), a young member of the 20-man hotshot fire crew (played by Miles Teller in the film). “The reason we’re so close is you’re fucking put through some shit,” Donut says. But the “shit and syphilis” line is certainly something you could imagine coming out of the mouth of a hardened firefighter. In fact, it’s got a pedigree going back to World War II, with less obscene variations dating back to the nineteenth century.